Here are some of my thoughts:

1. I think it’s important to train for your first race like you train for the next one, not vice versa. You would never run a half marathon and then decide that that was what you wanted to do. You should also consider training for your first half marathon as much as possible (if not more). Remember, there is nothing you can do once the race is over but prepare, which means training through this period between races can always help down the line. While it’s true that many people could probably handle running 10x/week it’s generally not necessary or ideal to justify doing so if you want to take care of yourself in between races. It’s common sense that by using CrossFit as your main mode of training during the offseason months will have benefits post-race besides just being healthier overall. More on this below…working off certain numbers doesn’t mean you need them to be exact–just accurate! Try something specific every few weeks or even days if you need motivation or momentum, but don’t worry too much about what number they have to be where ever because opportunities usually come up at least once a month based on how long apart…that being said…set goals relative to your First Half goals set out in May before throwing together this free program anyways which are 3 times up & down plus sprint workouts! And aim for 5 miles x 2 each day + 1

How Many People Competed In The 2016 Crossfit Open??

More Than 25,000 people competed in the 2016 CrossFit Open, including more than 125 national champions. This year’s event was held at StubHub Center in Carson, California. The number of athletes has grown every year since 2011, when only over 3,500 people competed—a robust 140% increase. Naturally, this brings up questions about how many people were there… Let’s take a look at how many athletes registered to compete during the first-ever Open back in 2007: 2007 – 2,593 entries (not including age divisions) 2008 – 2,629 entries (including age divisions) 2009 – 11 times as many competitors as 2007 or 2008! Estimated attendance for the 2009 contest was 15 times larger than 2008! Over 469 participants competed in 2009! This is now 8 years ago and there are just under 40 years between these Crossfit Games results!! Can you imagine Crossfit increasing their numbers 1 out of every 2 years?? It would be completely insane it it didn’t already exist. The growth is not slowing down one bit either… Last year they ended up with around 3400 & this year they’ve hit over 3700 participants… I mean come on!? These are still small numbers compared to other sports but considering that each time an athlete competes he gets his name added to the board next to John Kitzhaber or whoever else is listed right next to him that’s really impressive all by itself! 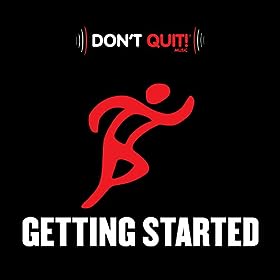 Why Weightlifting? What is weightlifting? It’s the hardest, most intense style of training, but also one of the most rewarding. Get strong not bulky! Weights help build muscle and gain strength for Crossfit competitions. It’s awesome too because you also get to learn about the big lifts like Snatch and Clean & Jerk! 100% of our programming can be done at home without any special equipment – just your bodyweight with some added resistance. The awesome thing about this type of training is that it will get you more active EVERY DAY! You won’t even think about working out, you’ll always want to do some kind of movement (whether it’s lifting weights or running laps in class). Strength & fitness are some of the best things in life; why wouldn’t you want them?! Fall into a routine where every day feels like Saturday morning work outs with yourself 🙂