The CrossFit Games are sponsored by Reebok, but NBC Sports—who televise the competition—also bankrolls the prize money, which totals $1.65 million at this year’s event. The winners’ share is $275,000; other first-, second- and third-place finishers get about $60,000 each. Three other athletes who do not make it to the podium also receive prize money (around $50K) given through an online voting system over several months by fans of other affiliates like Crossfit HQ and ESPNW.

CrossFit paid 25% of their advertising revenue for this year’s championship to the four affiliates whose athletes were eliminated early on in order to give them more time to win (and thereby pay their affiliate bits). This left five people fighting for one cash bonus that was initially supposed to be underwritten by corporate sponsors Nike and Under Armour. But following concerns among these brands about how favorable coverage they received vis-à-vis others in previous years, both pulled out of sponsoring this year’s World Championships. Instead they will be sharing the 1st through 3rd placers’ prizes with several finalists who did not qualify for either of those spots via specific events during the competition weekend itself—essentially handing over an endorsement deal equivalent to any sponsorship deal they might have ever had outside of what NBC pays them, thereby reducing payouts considerably if you’re an athlete who doesn’t win or place high enough nationally or internationally during that

How To Pace Yourself In A Crossfit Wod?

While cross fits are already challenging enough, many of us find ourselves confused about how to pace ourselves during the workouts. Some examples of this pacing include: Do I really need to run 60 seconds between each set? Is it okay to do two sprints back-to-back instead of resting at the end? How far can I push myself? How long should my AMRAP be for barbell press ups before moving on next day’s workout? Am I losing too much time by doing just 7 or 8 reps per set instead of higher number like 10, 12 or 15? Should I go heavy and fast every time with the lifts; take little breaks between each lift; keep rest times shorter (1 minute or less); etc.? etc.? etc.? 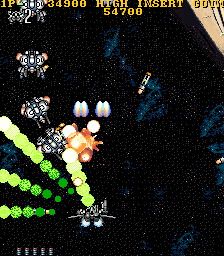