Crossfit athletes tend to have a lot of free time on their hands as they train from 5-6 times a week, so its not uncommon at all to have hours off between training. Crossfit is now becoming so mainstream that it has become part of peoples daily lifestyle and their money is spent hiring trainers, buying supplements, expensive gym membership and frequent trips to the hospital for injuries. It’s nice that we see some 20 year olds winning prize money in competitions but at least equally impressive are those who sustain this for years – people like Rich Froning (1500 point vegan powerlifter), Dan Bailey (1405 pound raw deadlift) and Lee Priest (750 lb squat). All these men were students under Joe DeFranco before they became professional gym rats. These days you can’t throw a stone without hitting someone doing Crossfit!

What Type Of Flash Should I Use To Photograph Crossfit?

A. When you have a flash, use it! I’m going to assume that you know how to work a flash, so I will steer well clear of the pitfalls and go straight for the good stuff. Here are some highlights: Three main types of flashes come in handy when doing Crossfit photography: Speedlights, Fill-In Flashes, and Studio Lights. Some people prefer to stick with one type or universal light stand or fluid bag setup over an all-flash system—I do not agree with this mindset. In my opinion, what you choose becomes extremely personal after using several different setups for many years; which is why we keep bringing them up in our articles because we want readers to make their decision based on knowledge and not emotions (unless there’s an emotional factor involved). So without further ado…let’s get started! Speedlights: The fastest way around the world (in terms of your studio) would be owning one strip light kit—this includes three speedlight stands (one reflector) and two speedlites. These kits sell for anywhere from $1,000 – $2,000 USD depending on manufacturer and size options. This setup is great because it provides several other functions such as coming complete with grids and diffusers right outta the box…which comes in handy when prepping lights for portraits/candids during workout sessions…but we’ll talk about this later—we’re not here to photograph lifehacks today. A 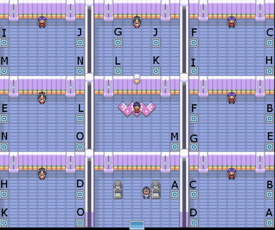 Qualifier: I completed the official CF Demo workout on Saturday, December 5th. I was one of six athletes selected from a pool of over 1,000 people who registered through the Sherdog Fit Force website to compete for a place in the 2010 CrossFit CityGames!! The competition is open to all male and female competitive lifters aged 18 and older. To be eligible, you must either have competed at a sanctioned Crossfit event or registered as a “demonstrator” between October 4 – November 30th 2009 – not matter how many times you’ve done this! My first day of training consisted of two sessions – one with Coach Dave Castro and one with Chad Wesley Smith for an hour each. I trained consistently every other day as well, both as a Demonstrator as well as my own personal training sessions. During those days where I had no scheduled training time I would do some extra mobility work, soccer drills work outs or Yoga videos…”