The 2017 Women’s Open is being held from January 13th to 15th at the Hy-Vee Center in Des Moines, Iowa. This is a sanctioned event by USAPL and WCA. Since this is a sanctioned competition it means that one of every three women who sign up for this event will be vying for an opportunity to qualify as one of the top 90 elite athletes in the world to compete at the CrossFit Games next year. More importantly, crossfit open qualifier spots are held back by how many individual women signed up for this competition (give or take 10 – 20% holdbacks).

How many athletes were expected?

We can’t give you numbers on exactly how many people signed up but our estimates put it somewhere between 12,000-14,000 . The general consensus among those who watched preliminaries was around 14,000 (although there were some noting it could be much higher) with now statement saying 16-17k+ now confirmed. We feel that these number are very conservative estimate due to several factors including withdrawals during preliminary round 1 . It does not look like any reports came out last week that would show an increase in totals compared to prelims leading us to believe another ~1k still possible. Without having attended any of the competitions yet we simply don’t know what media hype or unverified speculation has led others to believe so we will use our best guess there based on observation only.. Read more about predictions here: https://

How Many Events In The Final Day Crossfit Game?

Expo 2.0 has 100 events in the 2016 Open. With 10 athletes per event, up to 40 individuals can win an individual event! Even though there are only 10 individual events, there are still plenty of chances for two athletes to make it through the same day with different tiebreaker scores. As expected, Kevin Kreider won his 5th title at the 2016 Games by winning all three events that he competed in! He took home $10,000 for his efforts and now keeps the record high score since 2011 (23 points). What Is Different About The Final Day Event Question? The original Crossfit Open scoring system was based on relative fitness testing – one athlete could beat/be beaten by another athlete no matter how their scores came out. So if both athletes got 22 reps on Chest-to-Bar Pullups, then they tied! And if neither finished with 20 points on Handstand Push Ups, then they tied again! 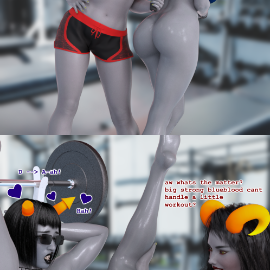